Based in Naas, at the Moat Theatre, the Moat Club have been competing on the One Act and Three Act circuit since the late fifties. During that time they have been very successful winning One Act Open All-Irelands in 1983, 1989, 1999, 2016 and 2018 and Three Act Open All-Irelands in 1974, 1979 and 2000. As well as performing on the All Ireland circuits, the club produces up to five shows a year with a Panto in late November which has been running now for over 35 years. 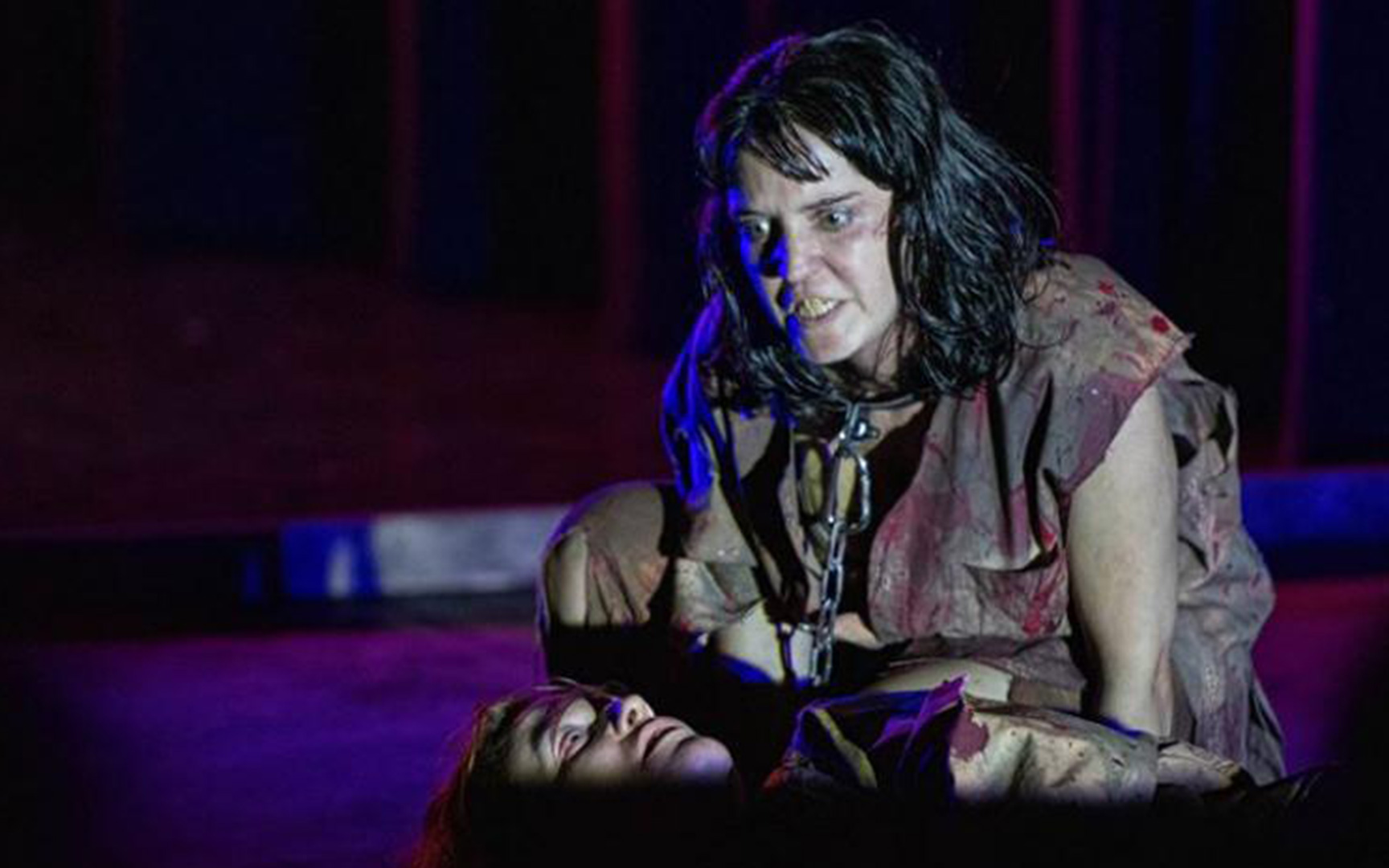 Two women held in a life-threatening situation and the mind games they play to keep one another alive. Held in a room and chained apart, their only currency is words, and balance of power is everything when a single word becomes the hanging point between life and death.