Under the auspices of the ACDI & DLI

The tradition of drama in Carrigallen goes back to the late 1800’s. The present group was founded in 1963 as The Community Players and there has been no break in activity since that time. The group has competed on the festival circuit since 1970 and has reached the All-Ireland Open Finals in Athlone on twenty three occasions. In 1989 the group opened their own theatre – The Corn Mill Theatre and Arts Centre. The group has won the All-Ireland Open Drama Finals in Athlone on three occasions – in 1998 with Belfry by Billy Roche, in 2005 with Stolen Child by Yvonne Quinn and Bairbre Ni Chaoimh and in 2014 with The Devil’s Ceili by Philip Doherty & Kevin McGahern. The group also won the Abbey Theatre Award on two occasions in 2014 (The Devil’s Ceili) and 2019 (On Broken Wings). 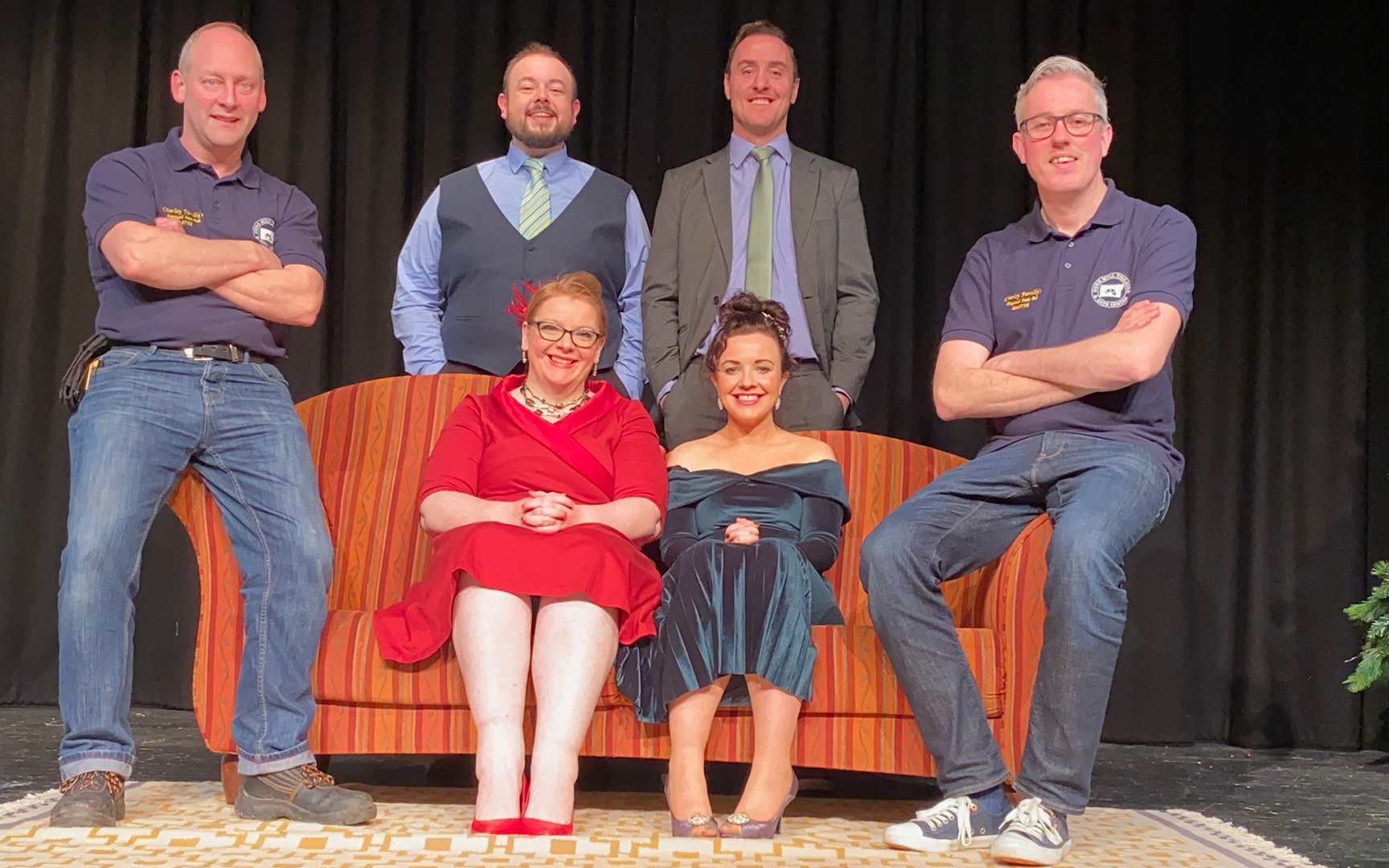 Gemma and her husband Paul haven’t seen Annette and her husband Donal since she quit her job a year ago. For good reasons. Gemma would like to keep it like that. However, when they bump into each other at another wedding, can they be civil or will mayhem ensue?

Alice studied Drama and Theatre in NUI Maynooth from 2008-2010 and completed a Masters in Drama and Theatre in UCD in 2011. Her first play, ‘Katie’s Wake’ was shortlisted for the Cork Arts Theatre new writing awards and was produced under the direction of Tess Healy Maguire. She developed an interest in new writing and has mostly appeared in new plays including ‘Dole Etiquette’ by Catherine McKiernan in 2010, ‘A Holy Show’ by Padraig McIntyre in 2011 and ‘The Mass Rock’ by Tara Maria Lovett. Alice co-founded The Moogles Theatre Company in 2011 to produce and promote new writing by women. She wrote and directed ‘Intentions’ in 2015 and co-wrote ‘Waiting for Grenville’, directed by Phil Gilbride in 2016. In 2017, Alice was awarded ‘Best New Playwright’ at The All Ireland One Act Finals with ‘Shooting Stars’ which she also directed. She has also written a series of ten minute plays which have been performed during the Cootehill Arts Festival and the Cork Arts Theatre in 2018. In 2019, Alice performed with The Corn Mill Theatre award winning play ‘On Broken Wings’ by Dermot Healy. Her latest play, ‘The Aftermath’ will be performed by The Corn Mill Theatre Group on the One Act Circuit in 2019.