Under the auspices of the Amateur Drama Council of Ireland 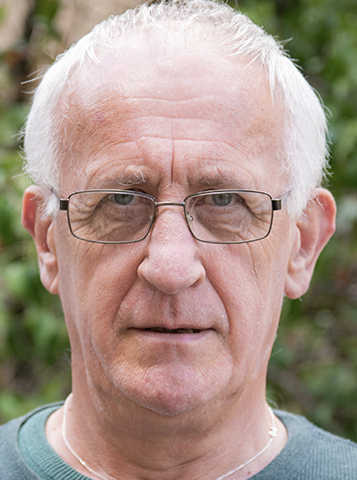 Paul has worked professionally as an actor, director, playwright, adjudicator and teacher of acting for more than forty years. He has directed plays at the Abbey, the Gate and other Dublin theatres as well as with Druid in Galway, Island in Limerick and Red Kettle in Waterford.

For POC Productions, he has directed Paris Texas, an award winner at the Dublin Fringe Festival, his own play Herman, and Fairgreen Slaughterhouse, by Colm Corless, winner of Best Production at Project 06 in Galway. More recently, he has directed Pigtown by Mike Finn in Limerick, Full Moon Hotel by Philip Doherty in Smock Alley, Dublin, his own play Hats off to Clare in Glor in Ennis and his production of Páraic O’Conaire, a bilingual one-man show on the life of the Gaelic writer, written and performed by Diarmuid de Faoite. He directed The Midnight Court by Brian Merriman, which toured the country last year. His most recent productions were Lysistrata by Aristophanes in the Boys School theatre in Dublin and Agnes of God for Wayword Productions in the Mountshannon Arts Festival, this year.

His production of his own adaptation for stage of Donal Ryan’s novel The Spinning Heart played in the Gaiety Theatre, Dublin, two years ago, after successful runs in Smock Alley and The Mill theatre, Dundrum.

He has written and directed community plays including A Hook in the Heart in Scariff, The Rambler from Clare in Mountshannon and An Leigheas in Inisheer, Aran Islands.

He teaches Michael Chekhov technique to full time acting students in the Gaiety School of Acting in Dublin. He also gives workshops in the technique to professional and amateur actors.

He is delighted to adjudicate the Rossmore drama festival this year for the second time.